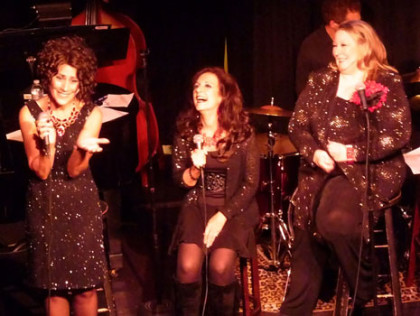 The Janes have been bringing audiences to their feet with their gorgeous three-part harmonies, crisp musicianship, and warm, engaging stage presence for a really long time. Almost like sisters, Sula Haska, Christine Ranck, and Patti Wyss have been singing together for as long as they can remember. Why, they can practically harmonize in their sleep!

If one word describes The Janes’ music, that word is joyful. From their soaring signature harmonies to the rich, varied tones of their individual voices, the Janes are simply a joy to listen to. Their brilliantly wrought a capella tunes are love letters to the art of the vocal blend. Though each of them shines alone, the true majesty of their sound comes with the effortless blend of their voices. Together their vocals swell and swoon in a way that raises goose-bumps. Gracing stages from New York to Europe to Iceland, they are renowned for their live shows, where they bring audiences to their feet, whether it’s on a grand festival stage or in an intimate concert hall.

The Janes are currently fresh from their featured Guest-Artist engagement with the 70-piece New Haven Symphony orchestra, where they “lit up the stage, as an adoring crowd sat mesmerized by their silky smooth harmonies and superb musicianship.” They love singing a wide variety of musical styles: from rock to pop to country to jazz; from the 30s, 40s, and 50s Girl Groups all the way through to the pop sounds of today; all their shows are tailored personally for their loyal audiences. 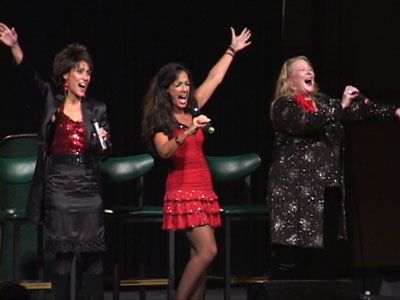 Collectively, The Janes represent many years of experience in show-business, its individual members having appeared on Broadway, Off-Broadway, in regional theaters and night clubs all over the world. Chris, Patti, and Sula traveled Europe and Iceland with the USO. They’ve sung with Barry Manilow, toured with country legend Eddy Arnold, backed up Grammy winner Mark Cohn, been the opening act for comedian Jackie Mason—and so many others. Accomplished recording artists, studio singers and musicians, all three have been heard together on familiar commercial jingles, movie soundtracks, and record albums.

The Janes perform their unique, harmony-rich sound in theaters, nightclubs, and regional corporate conferences in the US, in cabaret rooms in New York City, and at private parties and openings almost everywhere. In addition, The Janes are in a movie! Look for them as a featured act in a documentary film about performers in NYC, called “Underground Stories,” currently playing in regional film festivals.

One of the most moving things about The Janes’ music is the honest sense that you’re watching three dear friends sharing songs in their living room, and this feeling goes all the way back to their origins many years ago. Their wealth of experience together has enriched their relationships with each other and with their loyal audiences, and added immensely to the joy and privilege they feel about singing together. 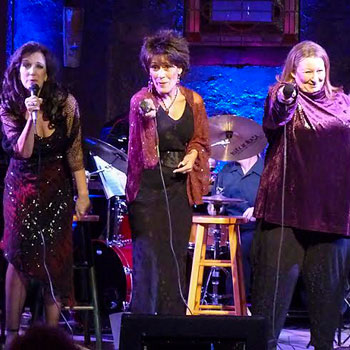